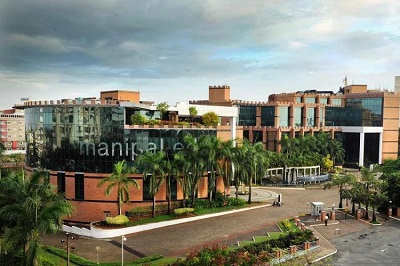 Manipal Academy of Higher Education (MAHE), Manipal, is an Institute of Eminence, as designated by the Government of India, and is ranked as the seventh best university in the country, by the National Institutional Ranking Framework (NIRF), Ministry of Education, Govt. of India. MAHE understands the importance of research and development, evidence synthesis and evidence-informed practice and has always promoted and supported the different research centres and researchers in the institution. Many of the faculty, staff and researchers are already involved in generating Cochrane evidence. Additionally, the South-Asian satellite of Cochrane Public Health group, known as the Public Health Evidence South Asia (PHESA), is operational in the University since 2012. PHESA, MAHE, has been working with Cochrane for nearly a decade in various activities such as capacity building, evidence synthesis, methodology development, dissemination of evidence for the community and policy makers, and networking with the various centres for Evidence Synthesis across the globe. The centre is equipped with infrastructure and experienced staff in the area of Systematic reviews and has published at least 25 Cochrane systematic reviews and 50 systematic reviews in the last decade. More than 50 national and international workshops, including certificate courses in Evidence Synthesis, have been completed by the centre, and it has assisted researchers by providing training, consultancies and internships. The Cochrane Affiliate Centre at MAHE, is currently placed at Prasanna School of Public Health (PSPH), MAHE. The activities of the centre are coordinated by Public Health Evidence South Asia (PHESA), PSPH, MAHE and are led by Prof. H. Vinod Bhat, Director, MAHE Cochrane Affiliate Centre. The new centre continues to carry out the above mentioned activities and plans to promote Cochrane authors and other researchers from within the scientific community of MAHE, to streamline their research/evidence synthesis activities. With this background and support from MAHE, the centre aims to focus further on the area of Evidence Synthesis with the following priorities:

For more information and updates, please follow us at: