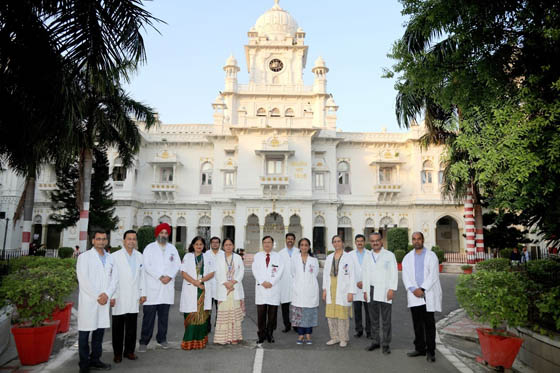 The foundation stone of King George’s Medical College was laid by the Royal Highness, Prince of Wales, in 1906, during his second visit to India for his Coronation Durbar as King Emperor. His Majesty gave his consent to establish the institution and to designate it by his name. Since then, this institution has been a pariah for excellence in medical education, unparalleled medical ethics, groundbreaking research, and exceptional patient care.

KGMU (King George’s Medical University) located in Northern India, is amongst the premier medical and research institutes of the country. Alumni of this University are working at many key positions as policy makers in many eminent Institutions in India. KGMU will share evidence from Cochrane results with various stakeholders and policy makers of India to imbibe advantage of translational research.

The university is having four streams namely Faculty of Medical Sciences, Dental Sciences, Nursing and Paramedical Sciences. The faculties are running undergraduate, post graduate, super-speciality and postdoctoral programs in clinical medicine and allied disciplines. KGMU started its journey with a meagre 12 departments and now has grown to 58 departments with a bed strength of nearly 4500. There are fifteen medical and seven nursing colleges affiliated to the University. Notably, the University was ranked ninth in the year 2021 by NIRF, a ranking body of the Government of India constituted to rank the Universities of the country. KGMU is widely known to be the flagship medical institution of the state of Uttar Pradesh. The guidelines/SOP’s formulated by KGMU are validated by the state government and followed by most of the medical colleges of the state.

KGMU’s intramural funding program for generating evidence through systematic reviews started in the year 2019. Since then, the KGMU had adopted evidence-based medicine practice training for the budding health care providers from the undergraduate, post graduate, super-speciality and research trainees. The University has funded many faculty members to undergo training at the earlier Cochrane South Asia Centre at Vellore. The vision of the University has been to inculcate a robust practice of EBM among all healthcare providers. We are running EBM programs in the University through periodic organization of workshops on research methodology, systemic reviews and meta-analysis. Workshops are mandatory for all doctoral students of the University. Twenty-five workshops on evidence-based medicine, writing systematic reviews and meta-analysis have been organised in the last five years so far.

Our priority would be to disseminate the importance of evidence-based research and its importance in deriving significant outcomes of clinical studies to benefit and improving health system. Our approach would be to promote the participation of most of the medical colleges of the state of Uttar Pradesh and also the adjoining states like Madhya Pradesh, Bihar, Punjab, Jharkhand, West Bengal and north east states. The evidence generated through Cochrane should reach all the stakeholders which includes patients and healthcare providers; we will work in this direction to create an ecosystem of workflows of information for all.

The highest priority is to make healthcare providers in the region understand the importance of adopting evidence-based practice with integrity and transparency. Given the widespread use of unproven therapies, developing a culture of rationale thinking, referring to the Cochrane database and updating oneself regularly would be one of the most important takeaways of our Cochrane Centre.

We at KGMU would attempt to work on the following three aspects: 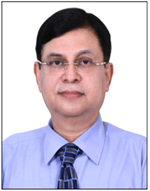